The wikis are now using the new authentication system.
If you did not migrate your account yet, visit https://idp-portal-info.suse.com/

KDE and GNOME are the major desktops on Linux machines. Not only do they use different toolkits (KDE uses Qt, GNOME uses Gtk), they also have different usability philosophies. The most visible of those is the button order:

YaST and its libyui (the abstract user interface library) now support both. But that requires some abstraction: A dedicated ButtonBox widget and "button roles".

The YaST UI engine now features an interactive dialog debugger: YDialogSpy. This is useful for non-trival dialog such as this: 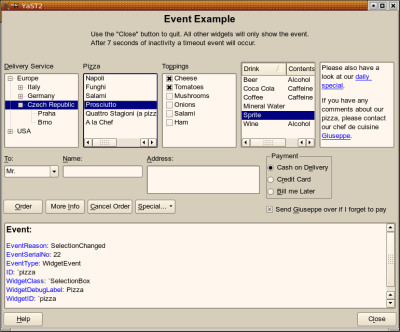 In the Qt UI and in the Gtk UI, hit the magic key combination

and you will get a YDialogSpy window like this: 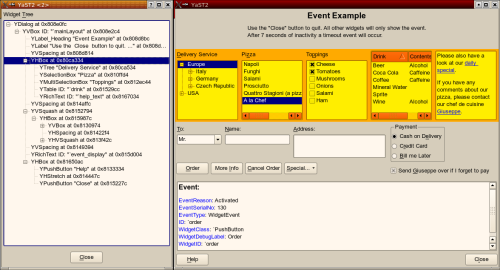 This is about testing the popup which is shown if the dependency check of the YaST package selector results in any unresolved issue (e.g. missing packages or libraries, conflicts caused by patches...). There is an easy way now to get the dependency popup to be able to see whether all information is shown correctly. The libzypp testsuite provides the program deptestomatic.multi which is able to read a solver test case (an XML file) and to create the package UI. 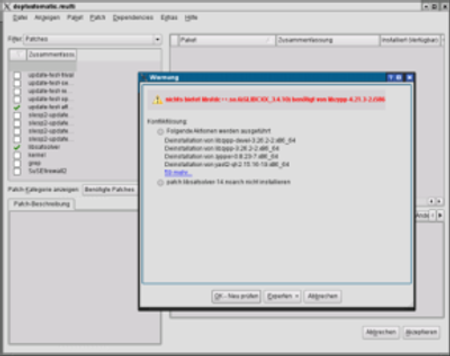